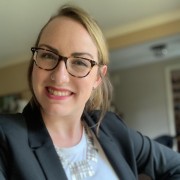 Sarah Handley-Cousins is an Assistant Teaching Professor at the University at Buffalo. She is author of Bodies in Blue: Disability in the Civil War North (UGA, 2019) and a producer of Dig: A History Podcast.

Several months ago, when I submitted my first blog post for Nursing Clio, I included a short section about Civil War veterans who had lost their right to a pension because they had deserted the army during the war. But after discussing it with our editors, I decided to remove the section – after all, we thought, desertion isn’t really a current issue, right? I was more than a little surprised when, a few months later, the topic of military desertion became headline news.

For much of this past year, I’ve been entrenched in dissertation research. Despite the long hours hunched over dusty papers, trying to decipher century-old handwriting, generally while cold and hungry, I’m not complaining. I’m continually amazed that I’m getting the opportunity to do exactly what I’ve always wanted: the work of history. What I wasn’t prepared for, necessarily, was the emotional work that would come along with it.

Recently, NPR reporter Quil Lawrence presented a radio series in which he profiled veterans who received other-than-honorable discharges from the military after violating rules of conduct, breaking the law, or getting in trouble with military authorities. Despite their service – including, for many, tours in active warzones – soldiers with so-called ‘bad paper’ are no longer considered veterans. As former Marine Michael Hartnett put it: “You might as well never even enlisted.”[1] Hartnett was given bad paper in 1993 when he began abusing drugs and alcohol – an attempt to self-medicate his undiagnosed post-traumatic stress disorder. Veterans like Hartnett are no longer eligible to receive any of the veterans’ benefits they were promised when they enlisted.