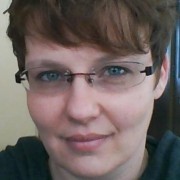 Cheryl Lemus earned her PhD from Northern Illinois University in 2011. Her dissertation, “‘The Maternity Racket’: Medicine, Consumerism, and the American Modern Pregnancy, 1876-1960,” examines the rise of the modern pregnancy in 20th-century America. She is mainly interested in gender and women’s history, the history of medicine in America, and the rise of consumer culture.

Men for True Liberty is writing to ask for two speaking slots at the DNC in Chicago in August. The speeches will educate convention goers and the public about the threat to men’s freedom and liberty. When Mitt Romney and Paul Ryan won in 2012, we were led to believe that the economy would be restored to its former glory. Men’s reproductive rights were not even a blip on the radar. Yes, we had heard about the war on women in 2012, but what did that have to with men? What did that have to do with the economy and jobs? Our naivety led us to think politicians would never try to control men’s reproductive rights. Well, we realized too late what a big mistake it was to separate reproductive rights from the economy and now it’s time for us to atone for our egregious errors.

About two weeks ago, Nicholas P. Carfardi of the National Catholic Reporter, wrote a brief opinion piece and asked who was more pro-life, Obama or Romney? He argued that although Obama is clearly pro-choice, he is actually more pro-life than Romney, because Romney profits from abortions and supports cuts in federal spending that might actually increase the abortion rate. Carfardi did not go further to redefine the term pro-life or call on Catholics and other anti-abortion groups to address this term in a more nuanced and complex manner. I wish he had, because he may have addressed the hypocrisy that lies beneath the term. Look, as a self-exiled Catholic, I am very well aware of the Church’s stance on abortion. I am also familiar with the history of abortion. But that is not what I want to focus on today. The term “pro-life” needs a new definition. There is much more to being pro-life than just praying, preaching, marching, and legislating for the rights of the fetus. Being pro-life means supporting the rights of babies, children, adolescents, adults, and the elderly. If you are going to claim you are pro-life, then you must support the life outside the womb, not just the one attached to the umbilical cord. So, are you really pro-life?

Happy Birthday baby girl! Today you are six. It really does seem like yesterday that I held you in my arms just minutes after your birth. I remember thinking at that moment (and throughout my pregnancy) that having a girl was not going to be easy. As a historian I am painfully aware of hard it was/is to be a female. Yes, women have achieved quite a bit, but there are many individuals (male and female) who think gender equality will lead to the end of human existence, and who are hellbent on placing women within the box of inequality.

On July 27, 2012, the Summer Olympic Games begin in London. Depending on your interests, they are the highlight of your year in sports or just another blip on your busy life. For me, I’m a Winter Olympic Games kind of girl, but I do appreciate several of the Summer Olympic events and I, like most of the world, watched in awe and excitement as Michael Phelps won 8 gold medals in 2008 (I think I actually remember jumping up and down, screaming at the top of my lungs. You?) I am giddy at the prospect of him earning even more medals, and he is one of my favorite Olympic athletes (this list also includes Dana Torres). But as the games approached, what struck me the most was the imagery of the Olympic athletic body. Now, I work out on a regular basis (usually, if my hips and pelvis are cooperating), but as I enjoy the health benefits from my sweat sessions, I’ve also become more appreciative of athletes and athletic types. For them working out is not about losing weight or feeling better about oneself; it is actually a lifestyle, an integral part of their being.

There has been a lot of controversy recently over Skinny Gossip’s criticisms of Kate Upton’s body. The site called her well-marbled and an example of how we are 80% genetically identical to cows (which is news to me). The outrage was loud and the fury palpable as website after website howled in protest over the Skinny Gossip’s insistence that Upton was fat. Yes, fat. I am not one who spends a considerable amount of time on any website (except for Nursing Clio and Facebook, of course), but I decided to devote some time on Skinny Gossip.

“Don’t expect it to be flat,” is what the nurse said to me just hours after I had given birth to my son. You know she must have seen me glance in the mirror as I was climbing, actually dragging my beat up body into bed. I look at her and said, “huh?” “Your stomach, don’t expect it to be flat,” she pointed to my enlarged abdomen, “Many women think that once they give birth, *poof* their stomachs immediately go flat.” Since I had never experienced a flat stomach ever in my lifetime, I kind of smirked, looked in the mirror one more time, and thought, “it will go down.” But it never really did, especially when I found myself pregnant a year later (yeah, what was I thinking). In that time between the birth of my son and then the birth of daughter, I thought a lot about how I wanted to look as a mother, but it wasn’t until I made the conscious choice (well really my hubby did) not to have any more children, did I really begin to assess the historical and contemporary meaning behind motherhood and attractiveness. This led me to think more about the MILF and the idea of the sexy mama.

I remember the moment I found out I was pregnant. It was a glorious day. The sun was shining, the temperature was about 70 degrees, with a light breeze from the south, and the birds sang a glorious tune as I informed my wonderful husband that I was pregnant. We both hugged and contemplated the gift that was growing in my belly and what fantastic parents we were going to be. Pregnancy was just the beginning…

Tags: maternity, Pregnancy, pregnancy advice manuals, What to Expect When You're Expecting