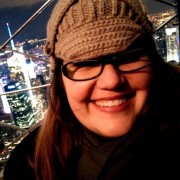 Ginny Engholm recently completed her Ph.D. from the University of Kentucky in the department of English. Her interdisciplinary dissertation, titled “The Power of Multiplying: Reproductive Control in American Culture, 1850-1930,” traces the rise of modern birth control in the 19th and 20th centuries. Her current work-in-progress examines miscarriage, pregnancy loss, and stillbirth in American culture. She teaches at a small college in the Liberal Arts department in Baton Rouge, LA.

Anyone who is a mom and an academic has one of these stories of academic travel from hell. I can say with a fair amount of certainty, though, that my story of traveling to a conference as a new, nursing mom is the worst. Unfortunately. My daughter was just two months old, not sleeping for… Read more →

I was returning from a productive, fun academic conference in Tampa, Florida last March, getting in on a 7:35 flight to the Southwest terminal in the New Orleans airport. While I had enjoyed the conference, I was incredibly happy to be coming home to my husband and four-year-old daughter, her souvenirs, or “souvers” as she… Read more →

A recent Facebook post by our own Jacqueline Antonovich weighed in on one of the most contentious issues in the mommy wars — breastfeeding. She was responding to another Facebook post by a well-known feminist blogger who goes by the name The Feminist Breeder. Antonovich wrote, “I finally had to unfollow a page about feminism and birth/parenting. I’m all for breastfeeding, but if you are going to say you are not trying to judge, but you just ‘don’t get’ women who bottle feed, then you are too wrapped up in your liberal, upper-class, white world to understand how economics, culture, body type, cancer, and/or sexual trauma can make breastfeeding difficult or impossible. So tired of sanctimonious mommies.”

A recent Vicks Nyquil commercial has a typical scenario for an advertisement set in a workplace. A clearly sick man — coughing, runny nose, the whole works — opens what looks like an office door a crack, pops his head in, and delivers the one line of the commercial: “Dave, I’m sorry to interrupt. I gotta take a sick day tomorrow.” While this might seem like a very traditional depiction of masculinity, a guy at the office asking his male boss for a day off, the ad subverts this narrative by revealing an adorable toddler standing up in his crib. The tagline of the ad — “Dads don’t take sick days. Dads take Nyquil” — makes the ad’s argument clear. A real man is one who is so dedicated to his real job — fatherhood — that he continues to parent through his colds and flus. While the idea of moms’ total and complete dedication to their roles as mothers has of course been part of our cultural understanding of motherhood for, well, forever, the shift in the past decade or so of depicting fathers as equal-opportunity martyrs, devoted to the care of their children, strikes many modern viewers as something new.

Our sentimentalizing of pregnancy, combined with our faith in modern medicine, have contributed to a backlash against birth control, encouraging us to see pregnancy as low risk and to lose sight of its dangers and perils. Contraceptives — and legal access to them — continue to be a source of controversy, political wrangling, and ideological posturing because the political and cultural discussion surrounding them focuses on issues of personal choice and sexual mores rather than questions of health. The recent Supreme Court decision regarding Hobby Lobby reflects this view of birth control as a matter of religious conviction and personal choice rather than reproductive health. If pregnancy is so natural, so low risk for women, then preventing pregnancy is not a medical issue, but rather a personal decision. Even efforts to argue that women use birth control for other health reasons, such as treating PMS or endometriosis, miss the point that limiting, preventing, and spacing pregnancies are medical reasons to use birth control. The backlash against contraceptives stems, in part, from our current misguided view of pregnancy as a low risk medical event for women. The problem with this view is that pregnancy is dangerous, and medical science has a long history of revealing its risks and perils for women.

As everyone who reads this blog (or is on Facebook or Twitter) is by now well aware, the Supreme Court’s recent ruling in the Hobby Lobby case has dealt yet another powerful blow to women’s right to access contraceptives and manage their own health care, reproductive choices, and bodies. But a recent law—this one in Louisiana and regarding prenatal testing and counseling—poses yet another, but much less recognized, threat to women’s reproductive freedom. In May, Louisiana joined several other states (Massachusetts, Kentucky, Delaware, and Maryland) in passing a version of the Down Syndrome Information Act. This measure is part of the pro-information movement, which attempts to balance disparate groups and agendas within the Down syndrome community by bringing together both pro-choice and pro-life Down syndrome advocates in favor of providing women balanced, medically-accurate, and sensitive information about options when faced with a prenatal diagnosis of Down syndrome. The act as intended requires doctors to give appropriate medical information about the diagnosis and the options. It also requires doctors to give referrals to genetic counselors and relevant support services when delivering a prenatal diagnosis of Down syndrome to a patient.

In a recent Adventures in the Archives post, Adam Turner recounts a moving story of grief and loss he found in Today’s Health of a woman whose daughter was born three months premature due to a hemolytic disease in the 1950’s. In the comments section after the post, blogger Historiann remarks, “I find it fascinating that she writes of her RH baby as being born ‘just three months too soon,’ and very much as a daughter rather than as a fetus or a patient. Even now, a 3-months preemie is still an extremely premature child with no guarantees–it’s interesting to know that some woman in 1950 thought about her daughter in the ways that seem familiar to [how] those of us in the post-Roe, post-ultrasound era think about pregnancy & children.” The commentator’s surprise at this mother’s conception of her fetus as a “daughter,” I think, mirrors a current trend in the feminist scholarship of pregnancy and childbirth that seems to divide cultural ideas around pregnancy, fetuses, and infants into pre- and post-Roe. Furthermore, advances in prenatal technology, particularly the development and increasing use of ultrasound technology, encourage us to imagine that women today have different, and in some ways, more personal relationships with their children still in the womb. And no doubt we do.

Recently, there’s been a lot of talk in both the political sphere and the blogosphere about the magic twentieth week of pregnancy. For some women, blissfully unaware of the fragility of modern pregnancy, it’s the date at which they find out if they should paint the nursery pink or blue. It’s the date that they schedule the “gender-reveal” party. It’s the date at which the baby goes from being an “it” to a “he” or “she.” For others, it is the thin red line of the abortion debate, the indisputable moment of personhood, the fractious moment where anti-abortion advocates can say, “Aha! It’s really a person after all. You couldn’t possibly think that having an abortion is okay now, could you?”, the moment at which so-called late-term abortion becomes unthinkable for a large majority of the public. For some unlucky women, women like me and like Phoebe Day Danziger, it’s both.