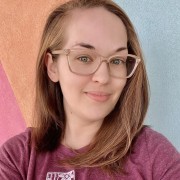 Claire Sewell is a librarian in Houston, TX and the author of The Golden Girls Fashion Corner blog. She is working to expand scholarship about The Golden Girls as a significant moment in pop culture history. Her research focuses on nostalgia, memory, and gender.

The HBO crime drama Mare of Easttown captivated viewers, who flocked to social media with theories about who killed Erin McMenamin. The show follows detective Mare Sheehan (Kate Winslet) as she investigates this and other cases in Easttown, a suburb of Philadelphia. Billed as “an authentic examination of how family and past tragedies can define… Read more →

The six-episode series, The Goop Lab, launched in January on Netflix aiming to “explore ideas that may seem out there or too scary,” according to Goop’s chief content officer, Elise Loehnen. Goop is a “modern lifestyle brand” that covers everything from skincare to travel, but it has developed a reputation for focusing on controversial health… Read more →

The Netflix reality TV show Tidying Up with Marie Kondo premiered on January 1, 2019. Based on her bestselling book The Life-Changing Magic of Tidying Up: The Japanese Art of Decluttering and Organizing (2014), the show follows Kondo as she brings her process into the homes of a diverse cast of clients. Her process, called… Read more →

In 1990, the much-beloved sitcom, The Golden Girls — a show about four older women, Rose, Blanche, Dorothy, and Sophia, living together in Miami, Florida — was in its fifth season. On February 17, the “72 Hours” episode aired. In it, Rose receives a letter from the hospital where she had gallbladder surgery notifying her… Read more →