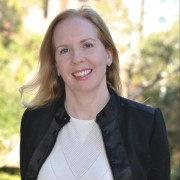 Cara Delay, Associate Professor of History at the College of Charleston, holds degrees from Boston College and Brandeis University. Her research analyzes women, gender, and culture in nineteenth- and twentieth-century Ireland, Britain, and the British Empire, with a particular focus on the history of reproduction, pregnancy, and childbirth. She has published in The Journal of British Studies, Lilith: A Feminist History Journal, Feminist Studies, Études Irlandaises, New Hibernia Review, and Éire-Ireland and written blogs for Nursing Clio and broadsheet.ie. Her co-edited volume Women, Reform, and Resistance in Ireland, 1850-1950, was published with Palgrave Macmillan in 2015, and her monograph on Irish women and the creation of modern Catholicism is forthcoming from Manchester University Press. At the College of Charleston, she teaches courses on women’s history and the history of birth and bodies.

The classic 1953 documentary film All My Babies features the life and work of Mary Coley, a legendary African-American “granny” midwife.1 The film follows Coley as she travels around her rural Georgia community carrying her ever-present black satchel. In one memorable scene, the exhausted midwife returns home after a long night of “catching babies.”2 As… Read more →

After the body of twenty-five-year-old Dublin woman Lizzie O’Neill, also known as “Honor Bright,” was found in June 1925, Irish newspapers jumped on the sensational story. The case had everything that readers sought at the time: a who-dunnit featuring the murder of a young, glamorous woman, a pair of unlikely well-off and respectable suspects (a… Read more →

On the evening of April 17, 1956, thirty-three-year-old Helen O. visited nurse Mamie Cadden at 17 Hume Street, Dublin, for what she likely thought would be a routine, if illegal, abortion.1 Helen O.’s death after the attempted abortion provoked a national controversy that complicated dominant constructions of motherhood and domesticity in mid-twentieth-century Ireland. In the… Read more →

A Tisket a Tasket, Three Little Fishies, Baa Baa Black Sheep — these nursery rhymes were an integral part of my childhood experience. The rhyme that most captured my attention when I was a child, however, was Miss Lucy Had a Baby: Particularly fascinating to me were not the presence of the nurse, doctor, or… Read more →

Citizens of the Republic of Ireland will vote on a referendum on May 25, 2018 to potentially overturn the state’s notoriously harsh anti-abortion laws.1 This moment is being characterized as a defining one, a  watershed moment for a state that Amnesty International and the United Nations have chastised for its misogynistic, anti-feminist policies. Indeed, for… Read more →

“Charleston was the place to come before Roe v. Wade, for abortions.” Reminiscing about illegal abortion in South Carolina in the 1960s and early 1970s, this woman in her 60s, an oral history narrator, highlighted the roles of “backstreet” abortion networks in Charleston. She also told a story about a college friend who needed an… Read more →

Traveling through Ireland in 1909, writer Robert Lynd described “a strange crying—almost a lamentation” that one might hear “on some evenings, if you are in a Catholic house in the most Irish parts of the country.” This strange sound, he elaborated, “was the hour of family prayer.”1 In almost all Irish households, nightly prayers were… Read more →

Before the age of Facebook and parenting blogs, how did women exchange knowledge and beliefs about reproduction? Without What to Expect When You’re Expecting, how did society and “experts” tell women how to manage pregnancy? These are questions often posed by students in my classes, who assume that “in the past,” there was a deafening… Read more →

In late 2012 the Irish Times and National Museum of Ireland selected the Roman Catholic First Communion dress as one of the most important 100 objects in Ireland’s history. A girl’s dress thus took its place alongside bronze age funerary pots and the Book of Kells as items essential to Ireland’s history and culture. Articles… Read more →

Walking home from school on a frigid day in January 1984, two Irish boys came across a shocking scene: in a grotto at the local Catholic Church, alongside a statue of the Blessed Virgin Mary, lay the still bodies of a teenage girl and a newborn infant. The girl, fifteen-year-old Ann Lovett from Granard, County… Read more →