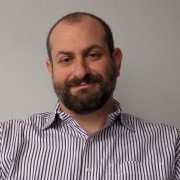 Ian Lekus is an independent historian and an LGBT Thematic Specialist for Amnesty International USA. He has taught U.S. and world history, sexuality and gender studies, HIV/AIDS, and other topics at Harvard, Duke, Cornell, Tufts, and the Universities of Georgia and Maryland. He is currently completing his first book, Queer and Present Dangers: Sexuality, Masculinity, and the Sixties, under advance contract with the University of North Carolina Press, and is developing a new project on LGBT human rights around the globe. Both his advocacy and his scholarship address the intersections between grassroots social movements, political and cultural change, and sexuality and gender.

One morning in late June, the U.S. Supreme Court will issue its history-making decision in Obergefell v. Hodges, the collection of lawsuits challenging state bans on same-sex marriage in Ohio, Michigan, Kentucky, and Tennessee. While predicting the outcome of Supreme Court cases is an inexact science at best, most signs suggest that a majority of… Read more →

The first I learned of PrEP, or pre-exposure prophylaxis, came from the signs and postcards around Fenway Health, Boston’s LGBT community health center. Those advertisements appeared as Fenway served as one of two U.S. research sites for PrEP, in advance of the U.S. Food and Drug Administration approving Truvada in July 2012 as the first drug deemed safe and effective for reducing the risk of HIV transmission.[1] As I started learning more, I quickly discovered how its advocates frequently compare PrEP to oral contraceptives. One PrEP researcher I consulted with early on in my investigations explicitly drew the parallel to her decision to use the Pill a few years earlier. Some of the similarities jump out immediately: for example, like oral contraceptives, PrEP — a pill taken daily to prevent HIV infection — separates prevention from the act of sexual intercourse itself.